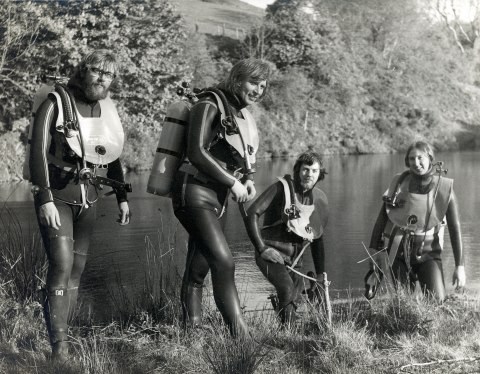 Rushen Heritage Trust will mark the 130th anniversary of the Port Erin Marine Laboratory with a major exhibition during September.

‘The Winkle Pickers – Port Erin Marine Laboratory: A World Leader in Marine Biology (1892–2006)’ will chart the story of the Laboratory from the opening of the original buildings on Mortuary Beach in Port Erin to the move in 1902 to its well-known site on the south-western end of Port Erin Bay, by the old breakwater, through to its closure in 2006.

This free exhibition will be on display at St Catherine’s Church Hall, Church Road, Port Erin, from Friday, September 2nd until Sunday, September 25th, opening from 10am-4pm each day.

The exhibition has been researched and compiled by a team of former Port Erin Marine Laboratory staff and alumni, led by Peter Duncan, working alongside Andy Brand, Richard Hartnoll, Jeremy Paul, and Roger Pullin.

The title of the exhibition, ‘The Winkle Pickers’, refers to the nickname that many residents of Port Erin gave to those who worked and studied at the Laboratory.

Hugh Davidson, Co-Founder of RHT, said: ‘The Laboratory was synonymous with Port Erin for generations, and we wanted to mark the 130th anniversary by telling the story of some of those who taught and studied at the institute and contributed to its long, rich history.

‘The Laboratory was an important element in the village life of Port Erin and the people from many countries who worked there over the years have spread from Port Erin to the four corners of the globe. They represent the legacy of the laboratory and their contributions to Island life and the science of marine biology are both large and varied. It is through their efforts that the Laboratory developed an international reputation.’

The exhibition team spent six months researching, contacting former colleagues to collect their experiences, and writing the content for the exhibition, which will also be produced in booklet form. These will be on sale during the exhibition and subsequently at Rushen Heritage Centre in Bridson Street, Port Erin.

Peter said: ‘It has been fascinating to delve into the past, revisiting a way of life that meant so much to everyone who worked or studied at the Laboratory. The community of former staff and students remains active and in contact around the world, many of whom still live in the Isle of Man, and we have heard from several who live elsewhere but who will be visiting especially for the exhibition.

‘We wanted the exhibition to showcase the diversity of people, their research, and the contributions they made to the Isle of Man, and their scientific fields. It starts by charting the origins and establishment of the laboratory in the era of “Gentlemen Scientists”, moving through its university years, and the various people and contributions made during its history, showcasing some of the Laboratory’s characters and achievements.’

Hugh added: ‘On behalf of the research team and the Trust, I would like to offer our heartfelt thanks to Elizabeth Clucas Charitable Trust and Gough Ritchie Charitable Trust for their kind support for this project. As a charity, we could not undertake such projects without the funding these trusts, and other organisations, provide.’